Metering and Loudness For Radio Broadcast/Recordings

I am new to the forum and do appreciate that there is existing stuff about metering and loudness, but I would like just to ask some q’s from my own particular perspective and position.

Although I have doing basic audio editing for many years as a hobby and for the charity with which I volunteer, I am only now starting to learn to do it on a basic professional level, so sort of starting from scratch again really.

I have been an Engineer and Presenter with a Talking Newspaper Charity for 31 years, and I am also an aspiring radio presenter and have my own home studio.

As there’s only me when making my radio shows, I’m trying to (as much as possible) emulate the setup which a Presenter has on their own desk in a radio studio (i.e. minimum need for fader riding, level controls etc in-show).

The main part of this is wanting to learn how to make all my music mp3s and jingles sound the same loudness so that they mix easily into my show. (I do have an outboard compressor to help, but would like where possible to learn how to do this before compression/limiting etc).

Due to my Autism however I have struggled with understanding the difference between metering and loudness, but hopefully I have now picked up the basic idea, in that metering is there to prevent distortion and loudness to standardise the listener’s experience at their chosen volume, but the 2 aspects do still seem to me to crossover a little, which is still providing some confusion.

The problem I am having is that if I rip 2 different tracks from CD and meter them to a fairly standard average peak amplitude (such as the traditional PPM4 or -12 dBFS UK Broadcast Setting), the 2 tracks can sound totally different loudnesses through the monitors, and my thinking is that if i’m having to adjust my monitor volume too often, then so would the listener; so I would like to know the best method and tools to level out the loudness of my tracks.

I know that some use ‘Normalisation’ routines in various software, but i’m not sure if these might not be a bit of a ‘sledgehammer’, and might perhaps cause some hard tops or bottoms on the waveform, which could sound bad to the listener ?

Until my friend started to explain the usual dB scales to me, I had only previously used the free web widget mp3Gain, which appears to work in dB SPL, so that scale is the one I have been used to using for (very roughly) normalising the loudness of my mp3s. This is surprisingly effective for most good quality mp3s encoded from CD, however even with these, I am still finding so many differences in overall loudness (rather than and over/above the wide dynamic ranges which the artist and mastering engineer would have intended).

I do now understand generally that loudness (LUFS aside) is quite subjective, and that the mp3gain widget I have been used to uses the sound pressure reading, and that its (replaygain) algorhythm also takes in all sorts of other factors. I’m still curious to know though, whether there is any mathematical relationship at all between dbFS and dB SPL ? This is because I am so used to thinking in say 83 dB SPL, and switching to thinking in -? dBFS is like speaking another language at the moment, so if there is any sort of correlation between the 2 (even highly approximate), that might help me to get my bearings better.

(Probably for a separate thread, but also interested to know what draws different professionals to different DAWs (Audition and Pro Tools being the 2 favourites as far as I can gather - similar to the Canon v Nikon schools in photography I guess).

I’d recommend using a combonation of watching meters (loudness meters if available) during mixing and using a plugin that has some form of limiting and loudness normalization capabilities. This way you’ll get the levels close to perfect and then normalize for the final exact loudness figure without “sledgehammering” your audio

Adobe Audition has both of these features built it!

The all new Loudness Meter for getting levels about right. I show it in this video here… 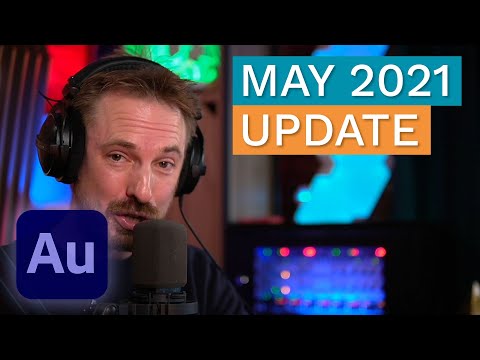 Then you’d use Match Loudness to limit and notmalize the audio. Watch this… 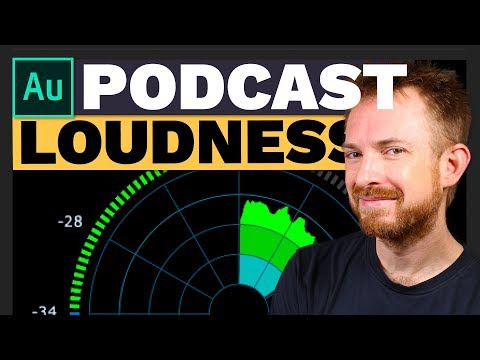 Many thanks Mike, lots to practice.

Can you recommend a good stand-alone loudness meter for Windows 10, as I’m not yet able to afford a subscription for the latest CC incarnations of AA.

You will need a loudness meter, which measures the “weighted” values of the audio signal level, taking into account all the psychophysiological factors that affect the subjective perception of the sound volume.

Thanks yes i’m trying to get to grips with the latest LUFS Loudness methodology (haven’t quite got fully versed on dB yet, but I guess it may as well all go in the melting pot !)

I’m a bit restricted with Loudness Meters as I need a stand-alone one, not having the modern CC versions of Audition. I’ve tried a few and the only one I’ve liked so far (and which is a sensible price) is the YouLean Loudness metere, which I am finding very useful as another reference, but I don’t think I will ever want to give up my old school PPMs !

Do you know of any good Loudness Meters, and is there an approximate equivalence table from PPM/dbFS to LUFS, as although they say 1 LUF = 1 dB in essence, because of the extra factors you’re obviously not using the same scale references for peaks, ranges, limits etc as you would have done with an RMS Meter ?

All thoughts on Loudness very welcome. My understanding of the general standards so far is something like :
BBC -23 LUFS
UK General and Podcasting etc -16 LUFS
Peaks in the highest safe range - 14 LUFS

In fact, the internet is full of videos that teach you how to edit audio. If you do not have the opportunity to study independently, then I advise you to take professional courses. As for your problem, you need to purchase a special volume meter to properly adjust the volume level of the audio signal. However, my friend also uses sound effects royalty free that customize the sound. The effects make the sound cleaner, so there is almost no noise. He is a videographer, so he constantly edits videos, and the problem with the sound is the most basic one. I’m sure the standalone volume meter will help you as much as it does.

Can you recommend a good stand-alone loudness meter

There are a couple of good options.

Cheers Mike, will check these out.

Thanks to this super forum and some great people I am starting to hone my understanding of the various normalisation, amplitude, loudness and limiting options in Audition, but I am always a little unsure of the best sequence to perform these actions in, or indeed whether that matters, but it does appear to.

In short, I have a WAV file which has both the metering and loudness which I would like to apply to all my music store and radio carts.

What would be the best combination of actions to achieve this, or even better is there a ‘match all my files to this’ type function in Audition ?